If you have paid even passing attention to independent music in the past few years, you have undoubtedly heard about Julien Baker. The singer-songwriter burst onto everyone’s radar when her debut album Sprained Ankle was re-issued in 2015. The album was recorded while she was still a student at Middle Tennessee State University at just 19 years old. The album is a very personal examination of depression, substance abuse, and questions of faith, all set to sparse acoustic guitar. Before the success of her solo career, Baker toured and performed in the punk rock band The Star Killers (later renamed Forrister). While sonically that music is very different from her solo work, there is a groundwork of earnestness that runs through all of her music.

Hüsker Dü was was born out of the hardcore punk scene in the early 1980s but by the time they disbanded in 1988, they had made a lasting impact on more than just punk rock; they helped to usher in the era of Alternative rock of the 90s (Black Francis of the Pixies famously put out an ad searching for a bassist, looking for someone who was a fan of Peter, Paul, and Mary and Hüsker Dü). Unlike their contemporaries in the hardcore punk community, they did not eschew the music of the past (listen to their superb cover of the Byrds’ Eight Miles High). They began to embrace melody more and more, moving beyond the confines of the blisteringly fast, amphetamine-fueled hardcore punk of Landspeed Record. By their 3rd studio album, New Day Rising, the band had finally fully embraced the notion of writing melodic pop songs, though they were still delivered with a punk rock intensity with noisy, buzzing guitars and the vocals buried under it all.

2020 was not a good year for live music, with the onset of the COVID-19 pandemic effectively ending social gatherings for the majority of the year. One of the last shows that I saw before the pandemic shut everything down was Thrice, Mewithoutyou, and Drug Church at the Franklin Music Hall in Philadelphia. And while I love Thrice and Mewithoutyou, the main reason I was there was to see Drug Church. I had only just started to listen to them a few weeks earlier. They are a punk rock band from Albany, New York that combine aspects of hardcore punk with catchy grunge passages and muscular riffs à la Noise rock masters the Jesus Lizard.

Read more »
Posted by Gregory Wier at 4:03 PM No comments:

Turning on the local country music radio station is an action fraught with disappointment. Most of what I hear does not feel genuine, almost as if an algorithm was used to generate 4 minute tracks that might appeal to the stereotypical “hard working American.” Throw in something about relaxing by the creek, fishing rod in hand, and drinking a cold beer. Add some objectifying words towards women, and thank God for the USA. Make sure there is some acoustic guitar present and you have a country song fit for the radio.
Fortunately for us, not every country musician is chasing the next big hit and leaving earnestly out of the equation. Whenever singer/songwriter Lydia Loveless puts out new music, you can expect a bevy of emotionally honest songs that came into the world out of necessity, and not simply a need to meet a 2 year album cycle. She released a new album this year, Daughter, which is a follow-up to 2016’s Real. I listened to a lot of music in 2020, and Daughter had my favorite song of the year on it, “Wringer.”
“Wringer” is a jangly guitar-driven song carried by Lydia’s emotive voice. She reflects on a relationship that is falling apart, partly due to unreasonable expectations each participant placed upon one another. All of this is anchored by the evocative imagery of their love putting both of them “through the wringer.” But a careful listen suggests that the song is more interesting than just talking about romantic relationships. The line: “said that you don’t do it for fame, or financial gain. Didn’t you always stick by me through everything?” brings to mind her struggles with Bloodshot Records, who have released most of her albums. They certainly put her through the wringer. Fortunately, she has rid herself of them, releasing Daughter on her own label. Finally, her attention goes to her own aspirations putting a strain on herself: “I want to be a symphony, but I’m just a singer. And all that singing ever does is run me through the wringer.” And while Lydia may doubt her abilities, after releasing a host of excellent albums, it seems like she can do no wrong. By being a singer, she has touched many lives, myself included.
Make sure to buy Lydia’s music here.
Posted by Gregory Wier at 10:34 AM 3 comments: 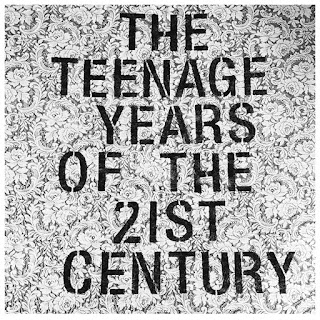 The teenage years of the 21st century. That is an interesting way to think of the last 7 years or so of this new century, imagining it as a anxious, self-entitled teenager. It is a pretty apt comparison, as we have seen a rise in social unrest, ultranationalism, and racism. This comparison is exactly what singer/songwriter Micah Schnabel invites us to make with his fantastic 2019 album, The Teenage Years of the 21st Century.
Read more »
Posted by Gregory Wier at 11:50 AM 2 comments:

One of the aspects that has always attracted me to alternative country as a music genre is its penchant for sadness. It is a very relatable emotion, and in difficult times, it can be a relief to know that you are not the only one struggling. The late Jason Molina was the master of the despondent song, leaving us with a collection of very personal songs chronicling his own battle with depression. His songs came from a very real place, his struggle with depression leading to alcoholism, and his death from liver failure last year.

The song “It’s Easier Now” comes from his second album under his own name, Let Me Go, Let Me Go, Let Me Go. The song is filled with evocative imagery, as Jason was always known for: “Torn apart moon in an empty room.” But it is also one of the most crushingly disheartening songs in his catalog, the line "It's easier now. And I just say I got better" gets me every time. The song’s protagonist has come to the conclusion that it is easier to just lie to his loved ones and tell them that he has surmounted his personal struggles than it is to tell them about the pain he is is going through.
I can only hope that Jason has found peace.
Posted by Gregory Wier at 12:29 PM 5 comments:

Song of the Week: The Front Bottoms – Au Revoir

I had not been familiar with the Front Bottoms before this past week when a friend suggested them to me, specifically with the song “Au Revoir.” With just one listen, I was already of fan. Brian Sella's warbling voice has an immediate charm to it, and the lyrical content of the song has an amiable wit that drives it along.

The song humorously chronicles the narrator’s decision to end his relationship with his girlfriend using the expression “au revoir”, thinking she would not know what it meant. “Unexpectedly,” she did and leaves the relationship herself with “Adios.”

I will certainly be spending more time listening the Front Bottoms’ brand of catchy folk-pop, and suggest that you give them a listen, as well.
Posted by Gregory Wier at 11:52 AM 2 comments:

Email ThisBlogThis!Share to TwitterShare to FacebookShare to Pinterest
Labels: Song of the Week, The Front Bottoms
Older Posts Home
Subscribe to: Posts (Atom)