Song of the Week: The Gates of Slumber – Ice Worm

If you are looking for a modern representation of the classic doom metal of Black Sabbath and Saint Vitus, you need to look no further than Indianapolis’s Gates of Slumber. Many of their earlier albums were inspired by the fantasy writings of Robert E. Howard, with particular emphasis on Conan the Barbarian. The song of the week comes from their 3rd album, Conqueror, and is based off of the short story "The Lair of the Ice Worm" where Conan battles an ice worm named Yakhamar. And while it can often be difficult to craft a song about fantasy topics that does not come off as being forced, The Gates of Slumber do not fall prey to this. Karl Simon’s impassioned vocals add real weight to the topics and help to recognize Robert E. Howard’s creations and their important place in fantasy literature.
Posted by Gregory Wier at 10:32 AM 1 comment: 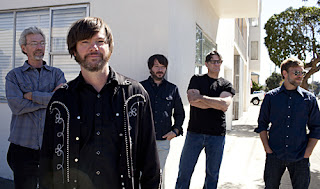 Son Volt was one of two bands that helped me realize that country music had a lot worth liking (the other being Armchair Martian). It was singer Jay Farrar’s voice that first grabbed me and helped me come to terms with the mellow country sound, until I finally acquired a taste for it.

It has been 4 years since Son Volt released their last album, American Central Dust, which was a venture more into traditional acoustic folk/country than the rock & roll of some of their previous albums. On March 5th, Son Volt is releasing Honky Tonk, and from all I have read, it will be a continuation of the sound from American Central Dust.

Rolling Stone is streaming the song “Hearts and Minds” from the album, which you can listen to here. The song does not have the sorrowful and depressing tone that I particularly love about a lot of Farrar’s other music, but anything new from Son Volt is worth getting excited about.
Posted by Gregory Wier at 10:23 AM 2 comments: 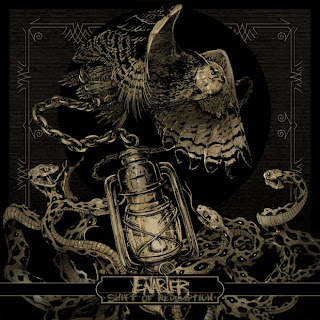 Song of the Week: Pallbearer – Foreigner

My favorite song from Pallbear’s debut album, Sorrow and Extinction, one of the most celebrated metal releases of this past year. If you are a fan of old school Black Sabbathian doom metal, then this will be right up your alley. Foreigner is a 12 minute expedition into the depths of despair, rising to majestic, soul-piercing heights by the third vocal refrain.

They are on tour right now with Norway’s preeminent black metal band, Enslaved. Get out there and see them if you want to see one of doom metal’s most promising acts.
Posted by Gregory Wier at 10:25 AM No comments: